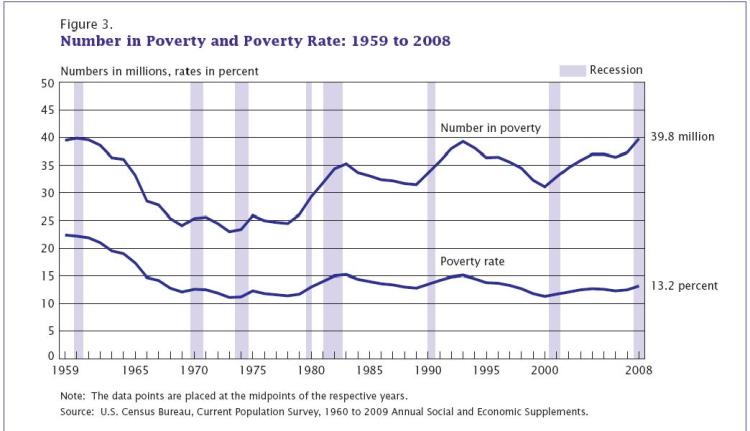 The poverty rate has generally been between 10-15% since the mid-1960s, so this isn’t a dramatic trend, but there are obviously concerns that it could continue to rise over the next couple years due to the recession. Also, it is important to remember that the income levels at which poverty is measured are relatively low by today’s standards. For example, for 2008 a single person had to have an income under $10,991 to be considered poor, while a family of two parents and two kids had to have an income under $21,834. Clearly a much higher percentage than 13% of Americans are struggling to make it in this economy.

By the way, if you’re interested in how poverty is measured and current calls to update it to today’s realities, check out http://www.povertymeasure.org/